This is the master list of NPCs in alphabetical order 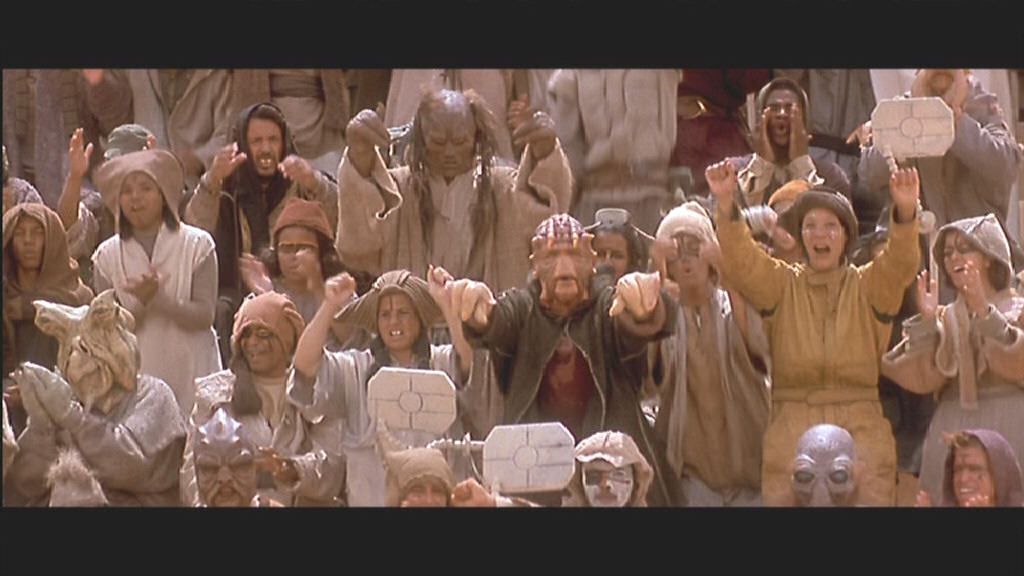 Andoog Cairnu: Male Shivistian (wolfman) graying hair, missing part of his left ear, and a couple of his teeth have been chipped. Wears kahki jumpsuit similar to uniforms of Republic scouts. Flies a Barloz-class freighter the Eyeshine.

Breetex a trandoshen that works as a Bounty hunter for Fang

Cohren Kinall comedian in the Minos cluster "“Oh, that isn’t funny? But the (species) find that hilarious”

Gaver Bibblo a dirty unkempt human, who is a black market contact on Ardalon.

Chordak a Rodian Captain of the Oo-ta-Goo-ta. (YT-1300, center cockpit) Eeecho is another Rodian and is the co-pilot.

Cratala a female arkanian who is a genius at Cybernetics

Darn Cuthwrite: Sleezy captain of the Gilded Lady (Baudo Class Yacht) Co pilot is a Trandoshen Shek. And two other scruffy humans. Real name is Orys Dystra and is known as the leader of the Dystra pirates. Recently was caught up in a battle outside Travnin. The players have no idea what has happened to him

Dien Tev male Sullustan is crew on the Yuna puna

Elis Helor: Givin male smuggler. Flies a Nella 342 Light freighter the Hinthra. Two other Givin and a human male is part of his crew.

Lord Karr a noble on the planet Eliad

Kennfra Nachute. Former bandmate of Kallakabukk but since the last attempt to disrupt a slave auction and the death of two of her members, she has since been working on trying to free the slaves by forming an underground rail road

Khron a trandoshen who works as a butcher and owns a grocery store on Ardalon. Underworld contact for weapons, but refuses to business with players beyond selling goods, due to thier lack of reputation

Reom the Twi’lek president of IsoTech, a front for black market technologies.

Rycar Ryjerd: Bimm male. Former partner with Nabrun. Earned a reputation doing gun running in the sector. Quick with stories and quicker with a punchline. Flies a YT-2400 named Rampaging ranat with three other Bimms.

Trynic: Devorian Captain of The solar flare. A YV-929 armed freighter considered one of the best freighter captains in the sector. Piercing eyes, shrewd bargainer and quick mind. Copilot is Garth, a Yuzzum

Yav Yiyar a nasty Rodian in change of Yiyar Salvage

They are duplicated and organized in other categories:
Other Tramp Freighters
Imperial NPCs
Rebel NPCs
Cluster wide NPC (At large)
And in the middle of the planet pages both Major and Minor (Where applicable)