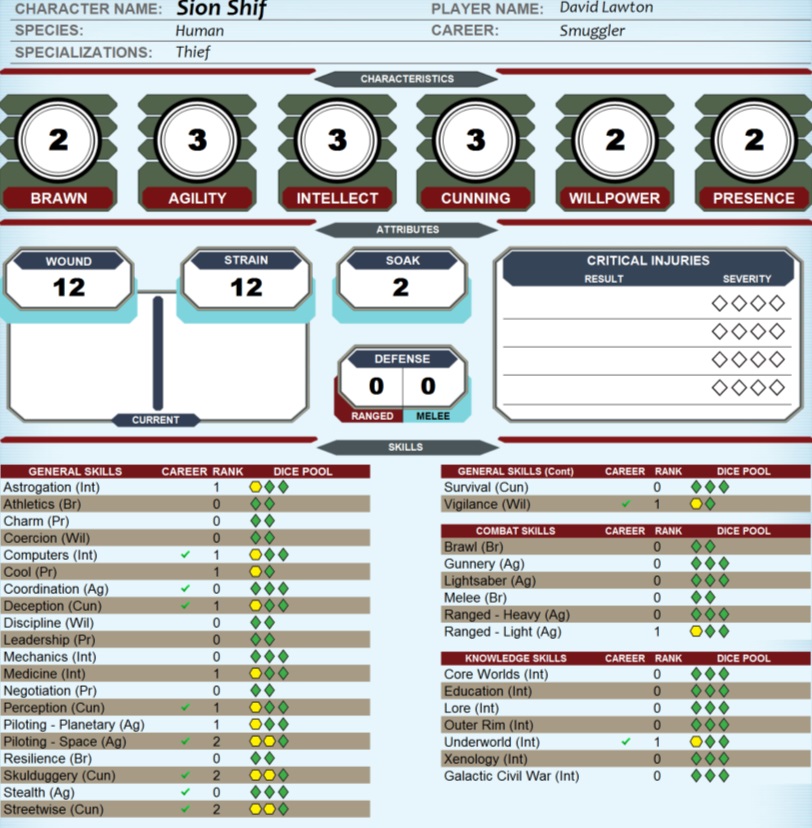 Born on Saleucami, Sion is an illegitimate son of Kendra Shif, a military veteran Quartermaster of the Republic Space Navy, who is now a Pilot/Guide for travelers and merchants in the fringe/frontier worlds. Sion never knew who his father was, or if he is alive, his mother never talks about him. Sion has a feeling that there is something odd about this birth, but doesn’t know what. His mother would never discuss or would always change the subject when the topic was brought up. Kendra actually attempted to kill Sion immediately after birth but was stopped. No justification was given at the time for her behavior. Sion doesn’t know this.

Sion has one older brother (age 35) who is currently still a farmer on Saleucami Throughout Sions adolescents, his mother always encouraged him in his interest to become a pilot like herself. Sion was 15 when his mother retired from the Republic Space Navy as a Quartermaster, and at that time was given a large sum of money from her to help him in his career as a pilot.
Unfortunately, soon after, some of Sions friends got him involved in illegal activities. They convinced him to try and gain power in the organized crime world on Saleucami. He tried to extort money and blackmail the local crime boss, which failed and almost cost his life. He ended up having to use all the money he got from his mother to pay off the crime boss in order to stay alive. His mother found out and kicked him out of the house.

The next 3 years he spent fending for himself through burglary, extorting money and blackmailing people around the star-port.

At age 19 he felt he had used up all his contacts and resources at the spaceport and spent the next 5 years traveling to the other major cities of Saleucami. At age 24 found a job as a pilot for a smuggler Pter Cohmre that was running goods to and from Tatooine.

In the last two years Sion has become a devoted fan of watching/listening to SmashBall. His favorite team is the Corellian Dreadnaughts. Sion is somewhat of a skeptic, is humble, likes to keep clean, and is a strong egoist and most often concerned for his own welfare. He has not heard from his mother or brother since he was kicked out of the house. 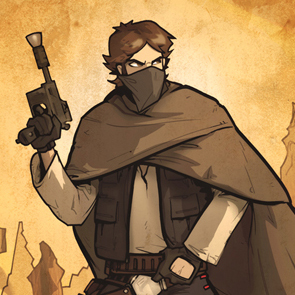