A basic Probe droid body that is about a third of a meter in diameter. Dull gray metallic finish. Designated Dz-70-P0113. The main visual sensor gives off a blue light and the secondary sensor is yellow.

Polly was bought Stock at an Ardalon Hunting goods store. She was used to assisting the players in hunting a wild karstarg during the Vor-Cal.

She prides herself on being good at her job.. that is tracking things. but despite the specialization would prefer to be able to “Bring them down” but does not have the ability to do that. Which must be remedied. until then she has been “practicing” in tracking down the players or NPCs and trying to beat her times without raising alarms.

Dedicated but sarcastic, wants to be accepted but fears abuse. Tries to keep a shiny or blemish free exterior, and dislikes noisy eaters. 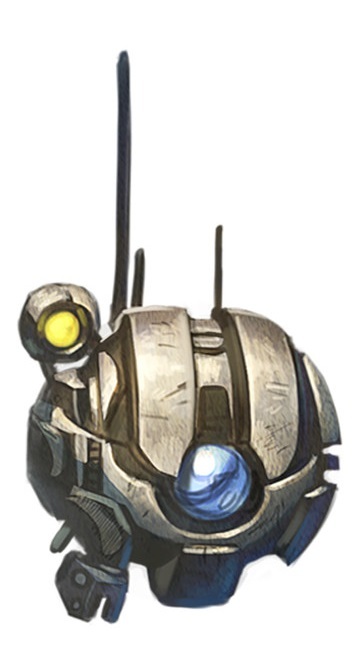