Graying brown hair and hazel eyes. Model officer of the ISB and could have been a candidate for recruitment posters

He turned bitter as his career languished near the Shipyards of Sulis Van, and turned towards hunting down other separatist leaders, and notable figures after the Rise the Empire. He feels the Rebellion and the Destruction of the death star is the perfect opportunity to improve his career.

Encountered our Hero’s on the planet of Cholganna aboard the Imperial Scout Service ship “Deep Dark”. The battle resulted in a stalemate that allowed the Epsilon Explorer to escape with what was left of the survivors of the Sa Nalaor.

he has since decided to keep and eye on the crew of the Epsilon Explorer, and thier contacts. 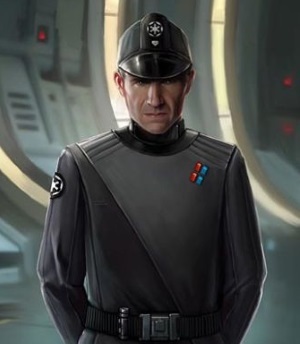